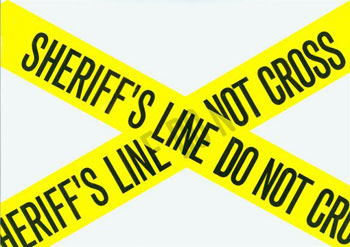 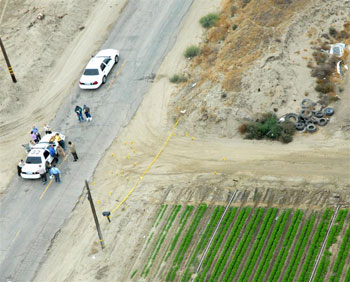 The Technical Investigations Section of the Kern County Sheriff’s Office is primarily responsible for the collection and preservation of physical evidence at crime scenes. This evidence, after careful processing, will be used in the courtroom in the hopes of achieving a successful prosecution of a crime.

Besides the role of a crime scene investigator, the Evidence Technician is a latent fingerprint examiner making comparisons between latent prints obtained at crime scenes with the rolled prints of known individuals. When a positive comparison has been accomplished, the Evidence Technician will then assume the role of expert witness giving testimony in court on the results of the fingerprint examination.

The role of the “T.I.” as he/she has most often been called through time, has grown in responsibility and complexity. Film has finally given way to digital technology. Crime scenes are now photographed with Nikon D200 digital cameras. Digital enhancement software has aided TI with its responsibilities of latent fingerprint identification. The quality and the speed with which a photo lineup or wanted / missing poster can be created has dramatically improved with the use of digital technology.

Technical Investigations can trace its origins back to the Kern County Bureau of Identification established by Sheriff Thomas Baker in 1911.

Around 1920 the county bureau combined its resources with the City Bureau of Identification (Bakersfield Police Department had established its own bureau in 1916.) While the majority of the units manpower was supplied by city employees, its operations were housed in the new Sheriff’s Facility at 800 Truxtun Ave.

In the 1930’s, the Identification Bureau was headed by William A. Snare. Within nine months Snare ascended to the position of superintendent where he remained until 1938 when he took a position with Fresno County. During Bill Snare’s tenure the “City and County Bureau of Identification” gained a reputation for being one of the most effective and progressive agencies in the country.

It was during the 1940’s, that the “I Bureau” as it was commonly called, began to respond and process evidence at crime scenes in the field. Prior to this time, the “I Bureau” concerned itself with prisoner identification, arrest records and crime reports. Personnel in the “I Bureau” in the 1950’s found themselves responding to more and more calls for service. As this trend continued, the Technical Investigations section shifted it’s focus in the 1960’s to specifically deal with the collection, preservation and processing of evidence and crime scenes. The Technical Investigations section was staffed deputies until 1977 when it began switching to civilian employees. This led to less turnover and more stability and eventually to a more professional unit.

As the demand for Technical Investigation’s services increased, so did the number of personnel. Thirteen evidence technicians currently staff the section. With staff remaining in the Technical Investigations section for decades if not careers, the experience and expertise has increased dramatically from earlier times. When possible, “TI’s” are sent to training sponsored by respected agencies such as the FBI and California DOJ and various other schools and seminars in related fields of scientific criminal investigation.

Not only does Technical Investigations provide services to the Kern County Sheriff’s Department, but also provides resources and services to other departments and agencies within the county. This section routinely assists the following: FBI, Bureau of Alcohol Tobacco and Firearms, Secret Service, U.S. Postal Service, CHP, DMV, Kern County District Attorney, Probation, Human Services, Fire Department Arson Investigators and others.

Equipment, methods and technology have greatly impacted and changed the way a TI operates on a daily basis. While black powder latent print processing and film cameras may some day give way to better and improved technologies, the one element that has created and sustained TI from its earliest days still remains, its people.

From the vision and creativity of Bill Snare to the highly trained technicians of today, it has always been the welcome challenge of dedicated people to help solve otherwise unsolvable crimes. This has been done by keeping up with the ever-increasing criminal sophistication with new knowledge and technology and good “old fashioned” perseverance.