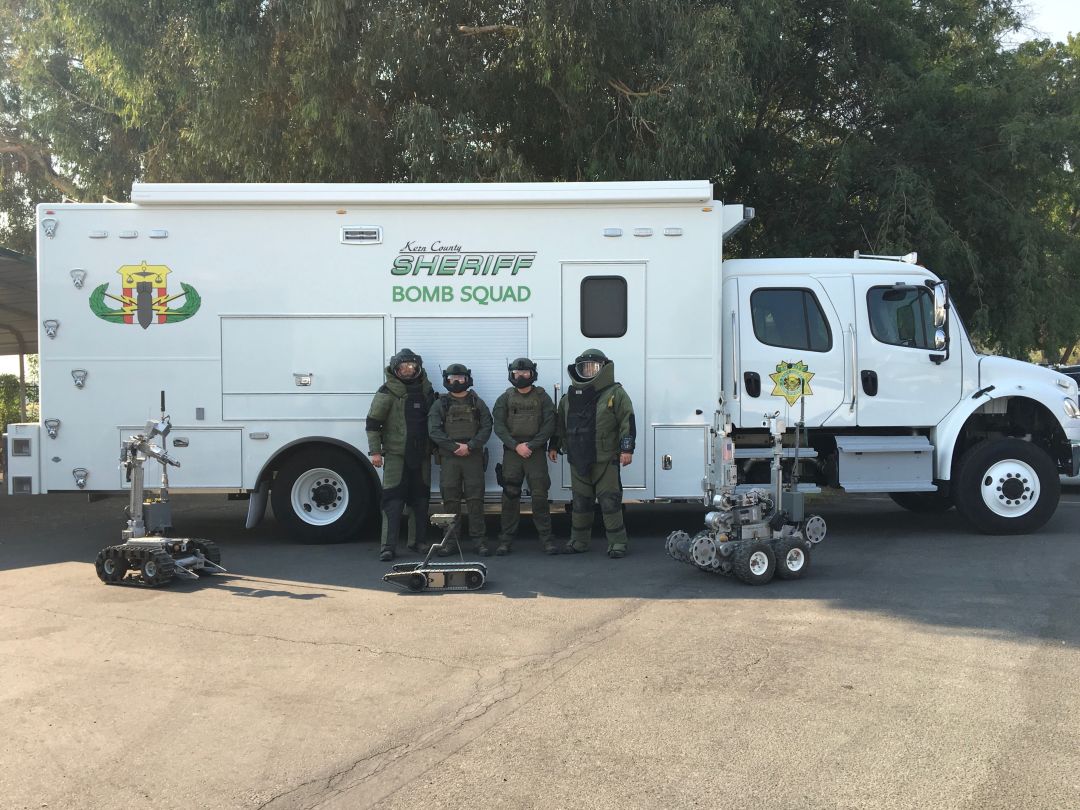 The Bomb Squad accomplishes its mission through hundreds of hours of training, and the use of sophisticated equipment. Training courses for Bomb Technicians include but are not limited to:

Every three years, each Bomb Technician returns to Redstone Arsenal for recertification.

Through their membership with the International Association of Bomb Technicians and Investigators (IABTI), bomb technicians maintain a close working relationship and share information with other bomb technicians from approximately 60 countries throughout the world.

Bomb Technicians are required to be knowledgeable in explosives theory and electronics, detail oriented, calm under pressure, and have tons of common sense with a significant ability to perform critical thinking.

Past Bomb Technicians with the KCSO Bomb Squad

The Kern County Sheriff’s Bomb Squad was established in 1975. The team originally consisted of two members and virtually no specialized equipment. Investigator Gordon Day attended the Hazardous Devices School (HDS) at Redstone Arsenal in Alabama in 1975, and Sgt. Glen Johnson attended in 1977.

For many years, the two responded to hundreds of calls with only a basic toolbox and their knowledge of explosives. Render-safe procedures of suspected bombs consisted mostly of “hand-entry” techniques. The squad eventually improvised their own water cannon using a piece of lead pipe, a modified shotgun shell, and plumber’s putty. As with today’s advanced disrupters, they used the cannon to blast open suspicious packages.

Today, the Bomb Squad uses much more sophisticated equipment than was available to bomb technicians of the past. However, current technicians are very grateful for the lessons learned by those early technicians. We strive to stay current on emerging threats and trends and are committed to keeping the public and law enforcement safe.